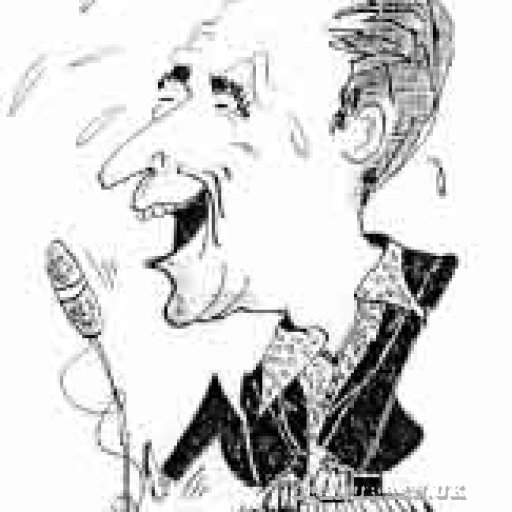 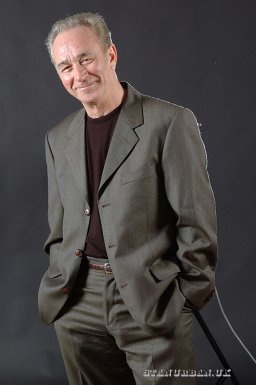 One Man, One Piano and A Whole Lotta Rock'n'roll!

Comparisons are odious - In the case of Stan Urban, they are totally out of the question - Stan is Unique! He plays and sings 50's Rock'n'roll with an energy that could power a city the size of New York. He has so much punch in his little finger that a Tyson would go emerald with envy. Stan walks on, reaches out, grabs you by the ears, hammers you over the head with this great music and leaves you feeling like you've been run over by a heavy duty steamroller. From the moment this man iinvades the stage you know that something very special is going down. Stan and his piano - an amazing combination. It's incredible to experince som much raw drive in one place, at one time and he goes on... and on... and on... there is no future, no past - just a neverending NOW!!! Feet tapping, eyes smiling, happy happy people.

From whence did this phenomenon STAN URBAN spring?

1944: Stan is born in Dundee, a city on the East coast of Scotland. 1956: One dark, December day Stan is exposed to a Little Richard movie and that's it - he's absolutely sold ro Rock'n'roll. He acquires a piano accordion and starts doing imitations of his hero in a high-pitched adolescent treble which lands him a spot fronting the band "The Mystery Men" and turns him into an overnight sensation around and about Dundee, at the grand old age of thirteen.

The early Sixties he spends playing in various bands - touring and doing residencies in Hamburg when Hamburg was hopping... And enjoying to boot, the great privilege of backing Mr. Chuck Berry in Berlin.

The Seventies were spent playing piano in a bar in Ibiza, soaking up the sun and jamming with visiting Rock' luminaries, notably Jimmy Page and Robert Plant.

The 21st century finds Stan a citizen of the world, currently residing in Denmark. Agents, managers and club owners call constantly from such faroff places as the middle East and North America requiring the services of Stan and his piano. And Stan is having a ball giving his all to wildly appreciative audiences the world over. As Stan himself puts it: "I'm me! I've never seen the point of being anyone or anything else. People have suggested that I change my name, start miming to tapes or put together a band but y'see, no one else does what I'm doing. One man, one piano and a whole lotta rock'n'roll! I love Rock'n'Roll."

"I need no gimmicks or special effects - I'm just myself and that's enough - me and the piano and Rock'n'Roll. People talk about a Rock'n'Roll Revival - Rubbish! Rock'n'Roll has never been away - and it knows no boundaries!!!" Stan's byword is Quality. He believes in Quality so he delivers nothing but the Real Thing and in large doses - music is what it's all about: "When so many people gather together, hear Rock'n'Roll and suddenly experience exactly the same feeling, then it's great to be a Rock'n'Roller."

Stan has so far recorded 6albums - four with a band and one "Live" solo, plus one compilation. For him 'though it's the performance that counts - seeing people, feeling their joy, just being there with them and the music - always the music: "Anything that feels this good can't be bad!"

The strange thing is that it's a miracle that Stan can sing at all:

"You can't catch me, you can't catch me!" cried the nine year old Stanley to his brother just before slipping on the carpet and banging his chin with such force against the table that he nearly amputated his tongue. It cost him quite a few teeth and a lightning visit to the emergency ward of the local hospital. Thanks to his father's swift reaction and the skill of the Scottish doctors, Stan's tongue was sown back together again and his teeth were fixed. Luckily for us who are fortunate enough to be able to hear Stan's great voice and his brilliant Rock piano playing. His tongue is to this day not only alive and well but capable of speaking four languages."If someone had told me when I was eighteen that I'd be playing the same music at 72, I'd have laughed at them." He loves the music now just as much as he did way back in '56 - and when it comes to Rock'n'Roll.

STAN IS THE MAN!

About
stanurban.uk   Joined August 21, 2015
Biography
Comparisons are odious - In the case of Stan Urban, they are totally out of the question - Stan is Unique! He plays and sings 50's Rock'n'roll with an energy...
Read Full Biography
Biography